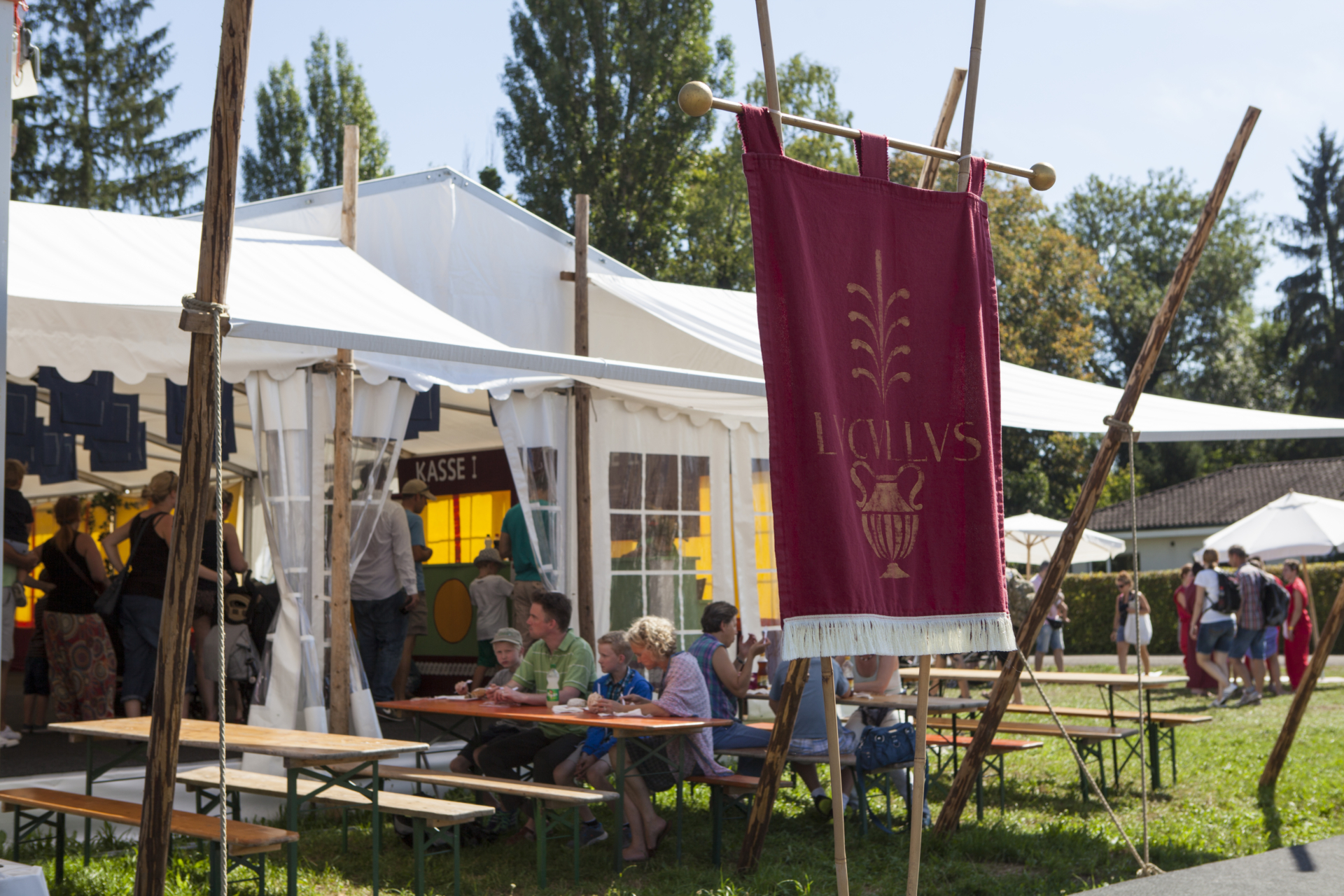 Sample Roman cuisine in all its forms at the Roman Festival. From roasts, Parthian chicken and Lucanian sausages made especially for the Roman festival to berry wine, mulsum (a type of mead) and Roman stews and moretum (garlic and herb cheese spread) – there's something for everyone!

Our knowledge of Roman cuisine stems from recipes and lists of ingredients that have been handed down and from burnt food remains, paintings and mosaics. It was characterised by daring combinations and elements of surprise! But one thing's for sure – the Romans were true gourmets.

Hot dogs, risotto or Flammkuchen are also available for those who prefer something more modern.

Roman sausages: pork meat was mixed with herbs and spices and smoked. The so-called Lucan sausages are said to have been originally brought to Rome from southern Italy by Roman soldiers. Enjoy the sausages made especially for the Roman Festival in the tent on the Forum.

Moretum: This is a type of pesto dip made from sheep's cheese. Other ingredients include spices, celery, garlic or nuts. Tastes best with freshly baked bread. The cheese paste gets its name from the grating bowl in which it was made: the mortarium.