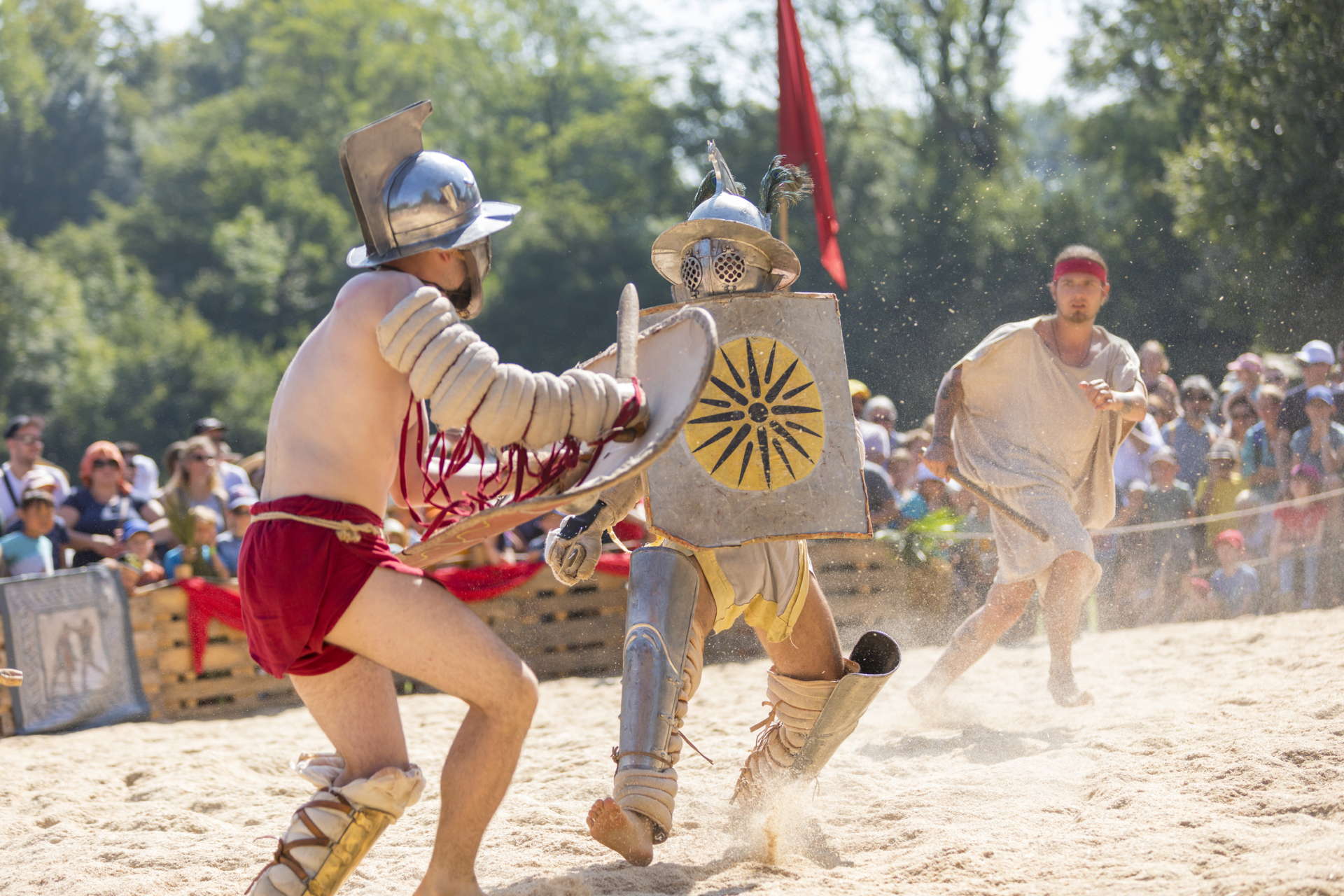 Cheering crowds, clattering weapons, roaring legionaries, laughing children, shouting traders and singing musicians, all mixed in with the sounds of craftspeople at work and the lingering smell of wood fire.