The temple on Schönbühl hill – for the gods and the emperor

Standing on Schönbühl hill you are in the midst of a religious district. 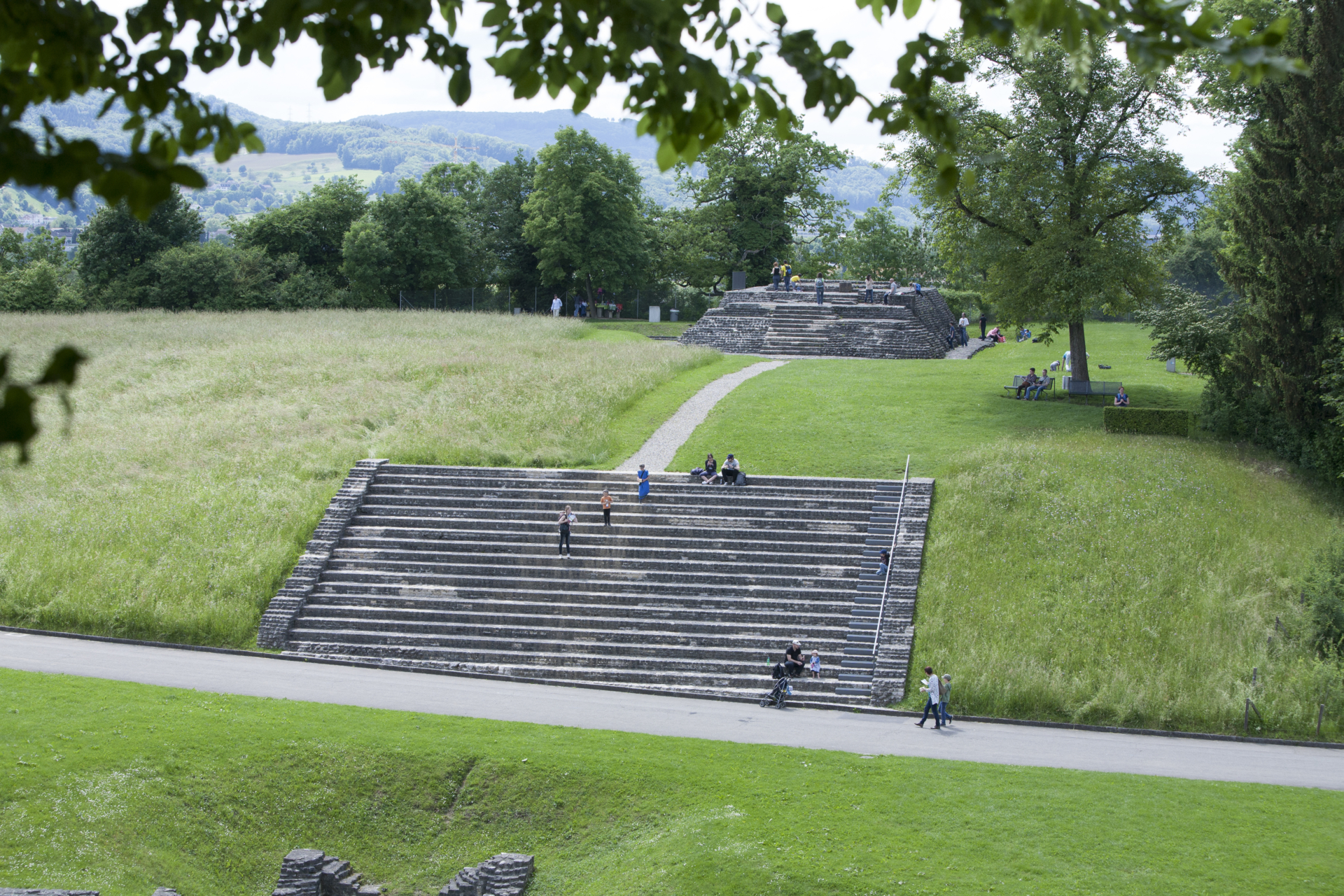 It existed from the early days of the town. Around AD 50 several small temples stood here. The buildings were typical of Gallo-Roman architecture in this region.

Around AD 70 the terrain was completely reorganised. At the centre a massive temple surrounded by columns was erected on a podium. Its remains are still visible today. The emperor and the Roman state gods were probably worshipped at this temple, which acted as a symbol of the power of the Roman empire.

In the late 3rd century the temple became a ‘stone quarry’: parts of it were removed and reused elsewhere. That is why only the core of the temple podium has survived. The recesses on the sides show where the columns used to be.