The history of the foundation

Augusta Raurica, the largest archaeological open-air museum in Switzerland, and is one of the major crowd pullers in our region with its 140,000 visitors annually. The Roman town would hardly have achieved its current reputation if the "Pro Augusta Raurica" foundation had not been established in the last century by the far-sighted citizens of Basel and its surroundings.

How did it come?
For a better understanding, the view must go back several centuries. After the decline of the ancient city, the knowledge about it was largely lost. Only a few testimonies were still visible in the Middle Ages, but were not recognized as such. This only began to change in the Renaissance and Humanism. With the reawakened interest in Greco-Roman antiquity, the need to trace possible evidence of Roman settlement also grew in our region. From 1588 - 90, archaeological excavations were carried out for the first time on the territory of the old Roman city under the direction of the Basel councillor and merchant Andreas Ryff. They had the effect that the most striking, still visible remains, which the locals called the "Nine Towers" for generations and were long considered to be the remains of a castle, were identified by the famous scholar Basilius Amerbach as what they really were: the remains of a Roman theater.

After occasional further excavations, in the 19th century the first scientific investigations of this area were carried out, which met modern requirements and had been carried out systematically since 1878: The research results of the Basel grammar school teacher Theophil Burckhardt-Biedermann and his collaborators led to a new and stronger interest in the theater ruins in Basel. In 1884, the Historical and Antiquarian Society acquired the whole site, including the opposite hill of Schönbühl , with the help of a donation from Johann Jakob Merian. In the following decades, the lawyer, historian and archaeologist Karl Stehlin continued the work of his predecessors with determination. To him we owe an essential part of our present knowledge of the Roman city.

Since after Stehlin's death (1934) it soon became clear, that despite his generous donations, the archaeological activities were not guaranteed in the long run, the Historical and Antiquarian Society of Basel decided to create an independent foundation with a capital that was mainly untouchable and a circle of patrons, then called contributors, who were to guarantee regular income. On June 29, 1935, the deed of the "Pro Augusta Raurica" Foundation was signed.
Thanks to the financial support of the initial 370 patrons, research in Augusta Raurica could be continued and intensified. Until 1969 they were conducted under the direction of Rudolf Laur-Belart.

In 1955, the Foundation received the Roman house, inspired and designed by the great industrialist René Clavel, who lived in the villa on Castelen, as a gift. In 1957 the museum, donated by the Canton of Basel-Landschaft, was opened. This created the closed archaeological zone that still exists today, with a theater, Schönbühl temple, Roman house and museum. In 1959 the area of the rediscovered amphitheater was acquired by the foundation thanks to a collection and another donation by René Clavel.

It subsequently became increasingly clear that the Foundation was overburdened with the sole responsibility for the research in Augusta Raurica. In the 1960s and 1970s, as a result of hectic construction activity, excavations had reached dimensions that could only be financed with state funds. On January 1, 1975, the "Contract on Roman Research" came into force, which made the Canton of Basel-Land to bear the main burden of scientific activity, but also obliged neighbouring cantons to provide support.

The Foundation did not lose its importance in any way. Since then it has concentrated, within the scope of its possibilities, on financial support for individual archaeological activities, but especially on contributions to scientific publications and public relations. Today it offers its 650 or so patrons, in close cooperation with the staff of the Roman town of Augusta Raurica under the direction of Dani Suter, a rich annual program of guided tours, lectures and excursions. It participates in the Roman festivals initiated in the 1990s, which have been held annually since 1999, with its own information stand. In addition, the Foundation is also a major contributor to an attraction that has been in existence since 1992: she manages and finances, mainly thanks to the support of the Hans and Hanna Bischof Foundation, in collaboration with the Pro Specie Rara Foundation, the Augusta Raurica animal park, where numerous old breeds of domestic animals are presented.

The Foundation looks back with pride and satisfaction on a successful history. It will continue to do everything in its power to provide financial and non-material support to the archaeologists of the Augst team in their efforts to research the Roman town of Augusta Raurica, to preserve its monuments and to communicate scientific findings to a wider public. In this context, it is particularly committed to the creation of a new and larger museum and wishes to have as many patrons as possible to help realize this vision!

Images from the Past 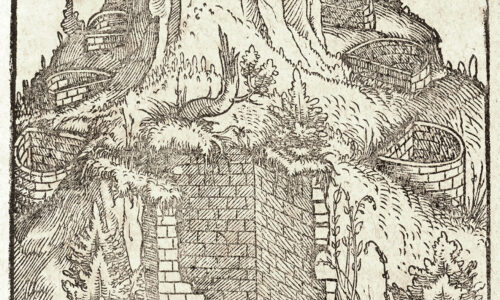 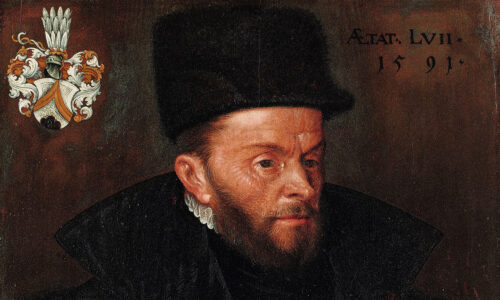 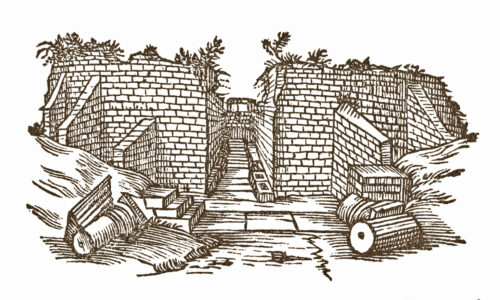 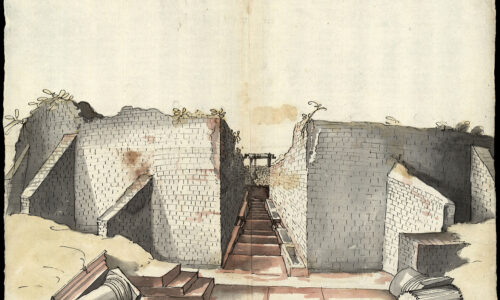