The curia – seat of municipal power

The curia was the town hall of Augusta Raurica. 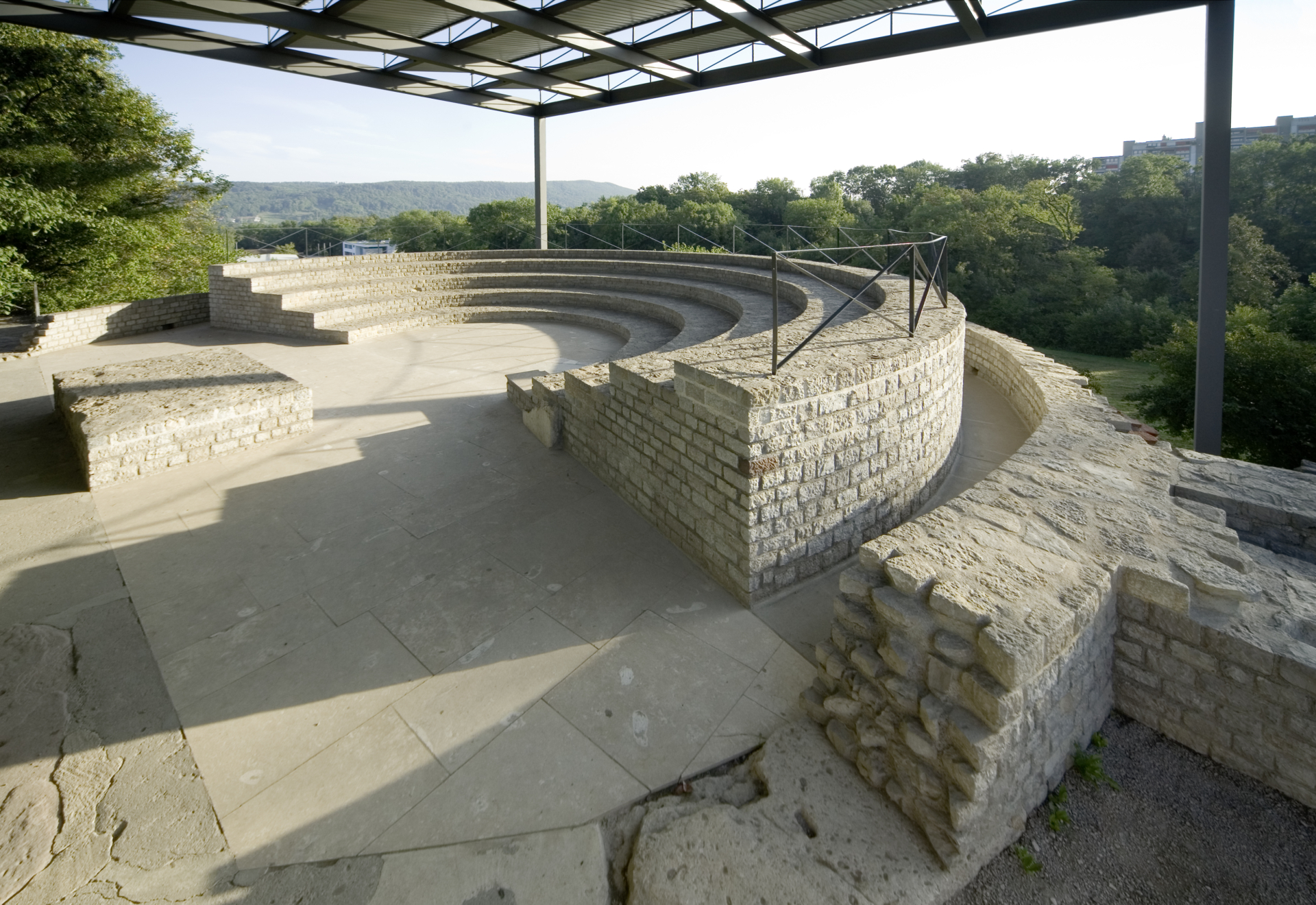 This was where the town council consisting of 100 councillors or decuriones held its meetings with the duoviri, the two mayors. The town councillors were held in high regard – and in turn funded the construction of expensive municipal buildings and games such as theatre plays and gladiatorial combats for the public to enjoy.

The earliest curia at Augusta Raurica had two storeys. The bottom floor contained a large room, the curia basement. It was probably used as a treasury or a jail cell. The upper floor was accessible from the basilica. It contained the timber-built council hall. The basement was subsequently filled in and the council hall was built in stone above it. Its remains are still visible today.