The Roman theatre – a colourful history

The distinctive theatre in the former town centre was last used as a playhouse and a venue for religious festivals and political meetings. 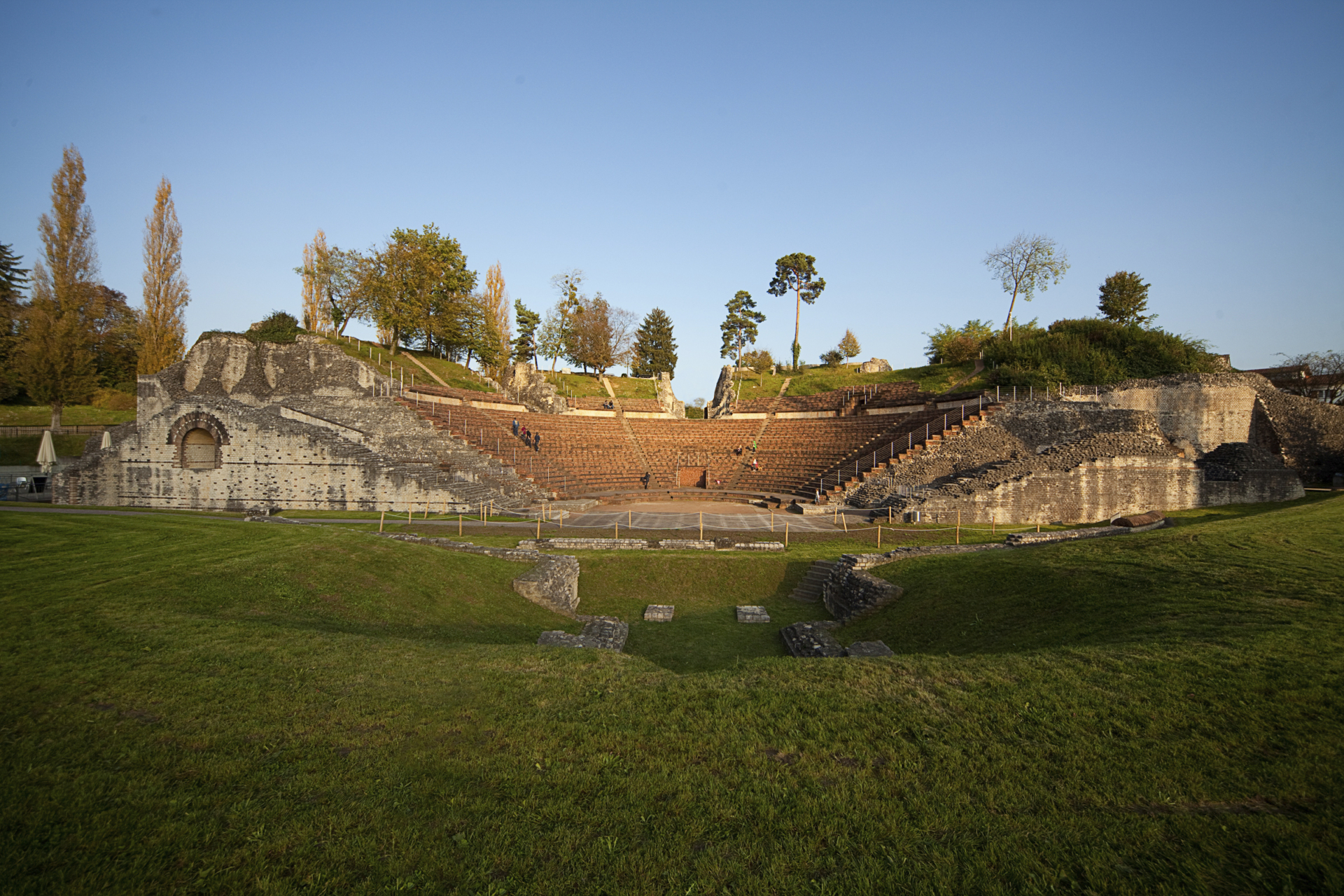 Before that it had been altered several times. From AD 200 onwards there were two different theatres in the town: the playhouse in the centre and the amphitheatre on the south-western edge of the town. The theatre that survives today was the third building to be erected in this location and had a capacity to hold c. 10,000 spectators.

The playhouse at Augusta Raurica is the best-preserved ancient theatre of its kind north of the Alps. Large parts of it were uncovered as far back as 150 years ago. Over the past 100 years the ruins underwent several restoration projects. In the 1990s it became apparent once again that the walls were in a particularly dilapidated state. This prompted an elaborate renovation project. Today the playhouse is at its best and it acts as an impressive backdrop for numerous events. Of course, you can also just visit and explore it at any time.