The fort is political change personified: when the northern border of the empire was forced back to the Rhine around AD 300, Augusta Raurica was once again located directly on the frontier with Germania. This called for stronger fortification and the Castrum Rauracense, built to protect the bridge, attests to this. 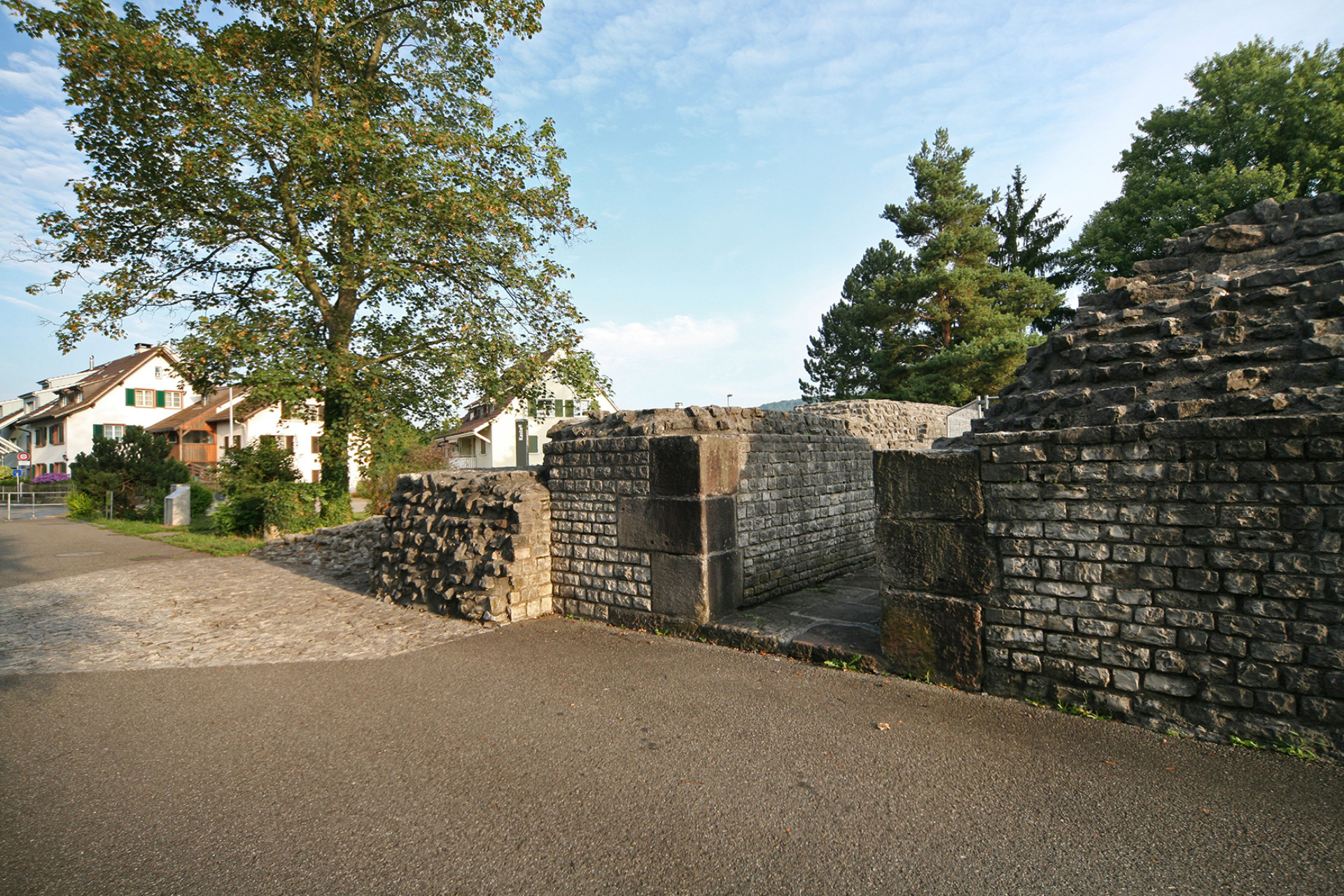 The enclosure wall of the fort was eight to ten metres high and reinforced with towers at regular intervals. Four gates led into it and a V-section ditch enclosed the edifice. Aside from members of the Roman army, civilians also lived in the fort.

From AD 350 onwards Germanic incursions across the Rhine increased. The period was also marred by internal power struggles. The silver treasure on display at the Museum was buried at the fort around that time. A short while later, in AD 351 or 352, the fort was laid waste by the Germanic Alamanni.