The amphitheatre – bloodthirsty fun on the edge of town

In Roman times the amphitheatre in Augusta Raurica was a place of horror. Up to 13,000 spectators gathered here to watch gory entertainment, which included animal hunts, gladiatorial combat and executions. 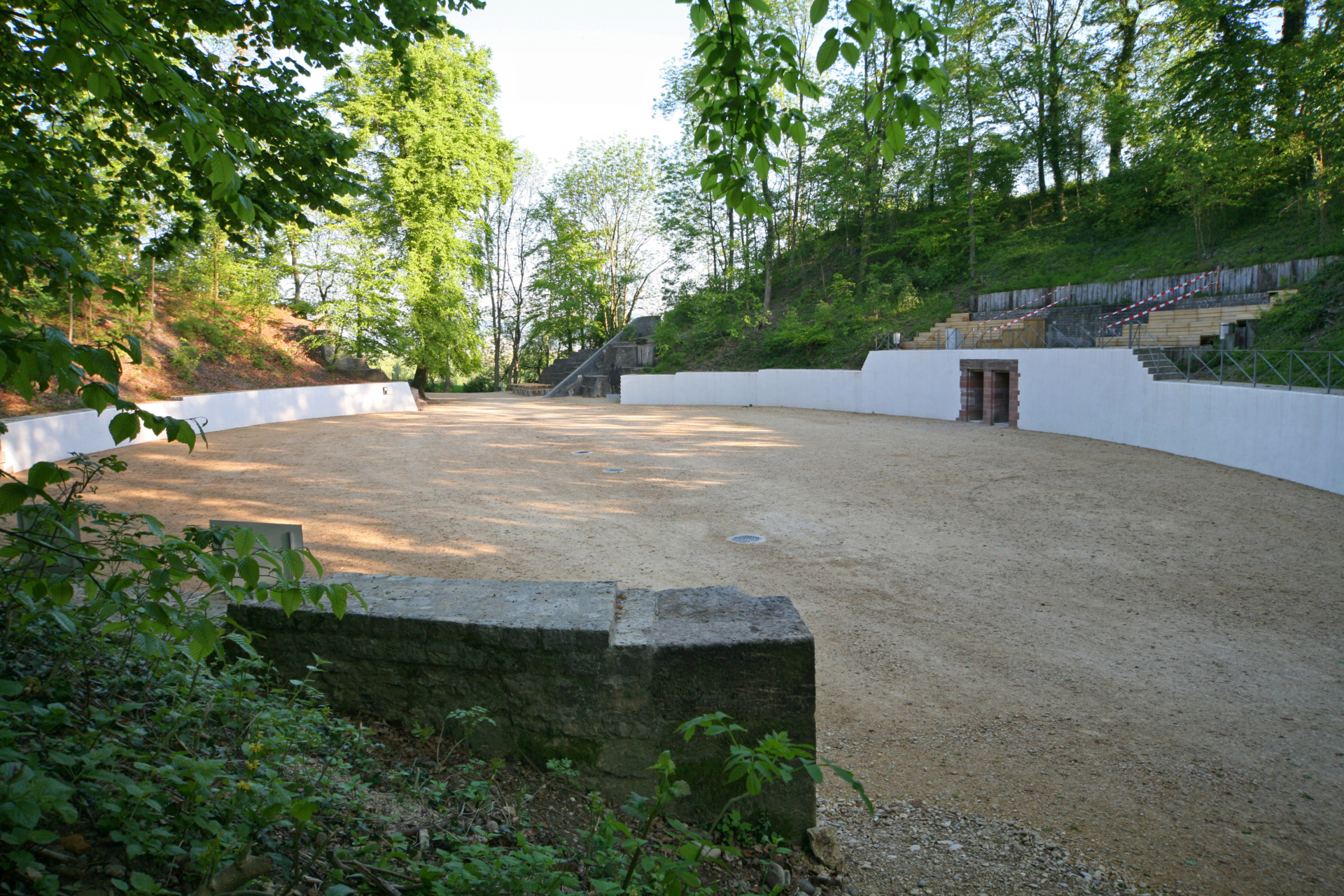 The amphitheatre was the result of meticulous planning. Built around AD 170, it was constructed in a way that the spectators could get in and out quickly. It also contained dungeons where the gladiators waited before their performances. There were also three corridors, no longer visible today, which were wide enough for whole animal herds to be driven into the arena. The eastern entrance, the “gate of death” was used to carry dead gladiators out of the arena. Those who had survived, on the other hand, left the theatre through the “gate of the living”, passing by a small sanctuary. Today, this is where there are tables ready for you to have your picnic.