The forum – the centre of the town

Standing in the forum in Roman times one would have been surrounded by the hustle and bustle of Roman everyday life. This was the political, economic, administrative, legal and religious centre of the Roman town. 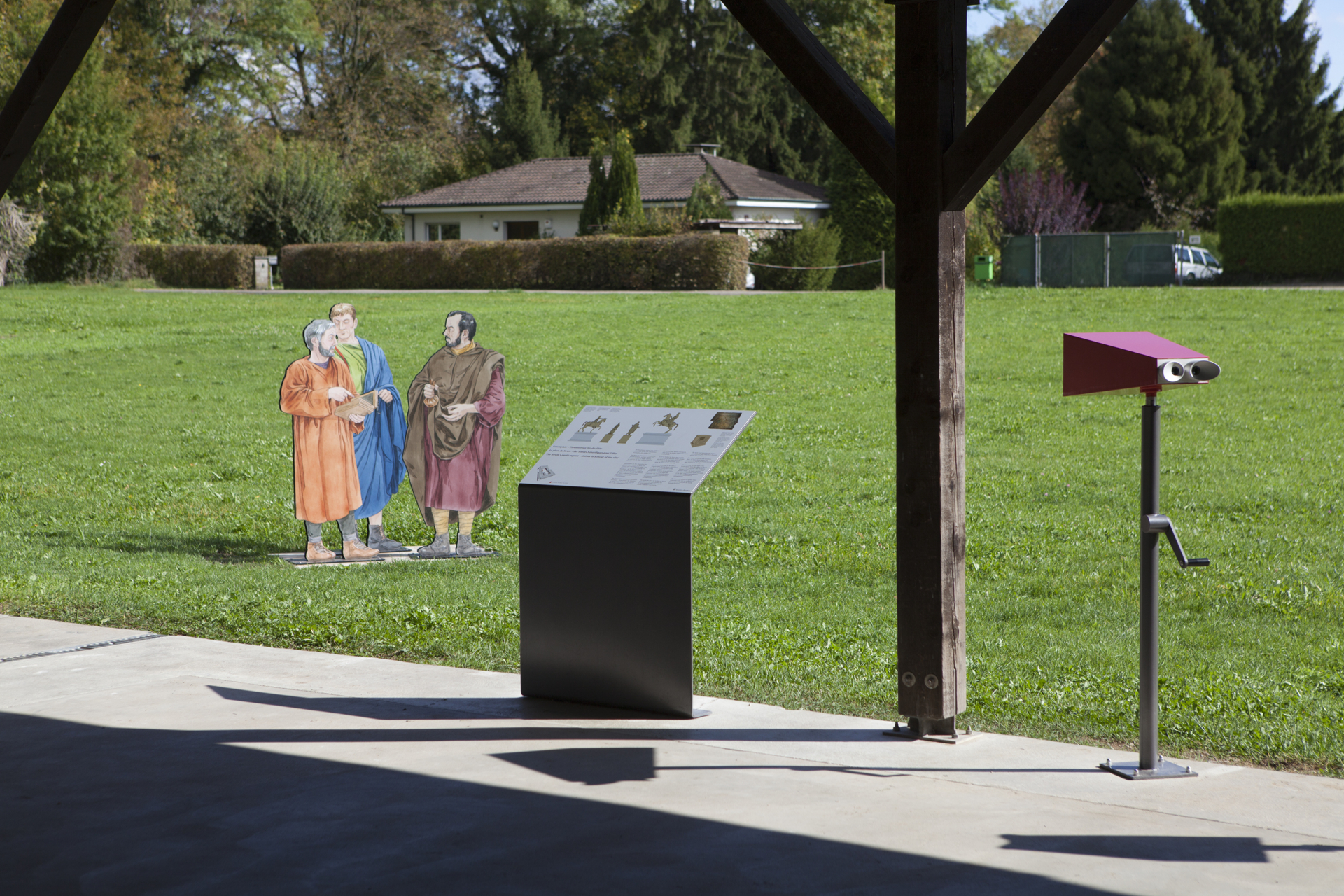 The forum at Augusta Raurica was made up of the square at the centre, a substantial administration and court building and a semi-circular town hall in the north-east as well as a sacred district with a temple in the south-west. Statues and inscriptions in honour of the deserving citizens of Augusta Raurica were on display in the rectangular forum square.

The forum square was lined by porticoes and small chambers that served as the offices of municipal departments and commercial companies such as currency exchanges. The chambers that lined the outside of the complex were probably used as shops and storerooms.

The forum at Augusta Raurica was renewed several times. The earliest constructions dating from the first century AD were almost all timber-built. This was followed by two phases of architectural regeneration during which the forum was rebuilt in stone.