The taberna – a grocery shop, workshop and living space

It is the large baking oven that makes the taberna particularly special. 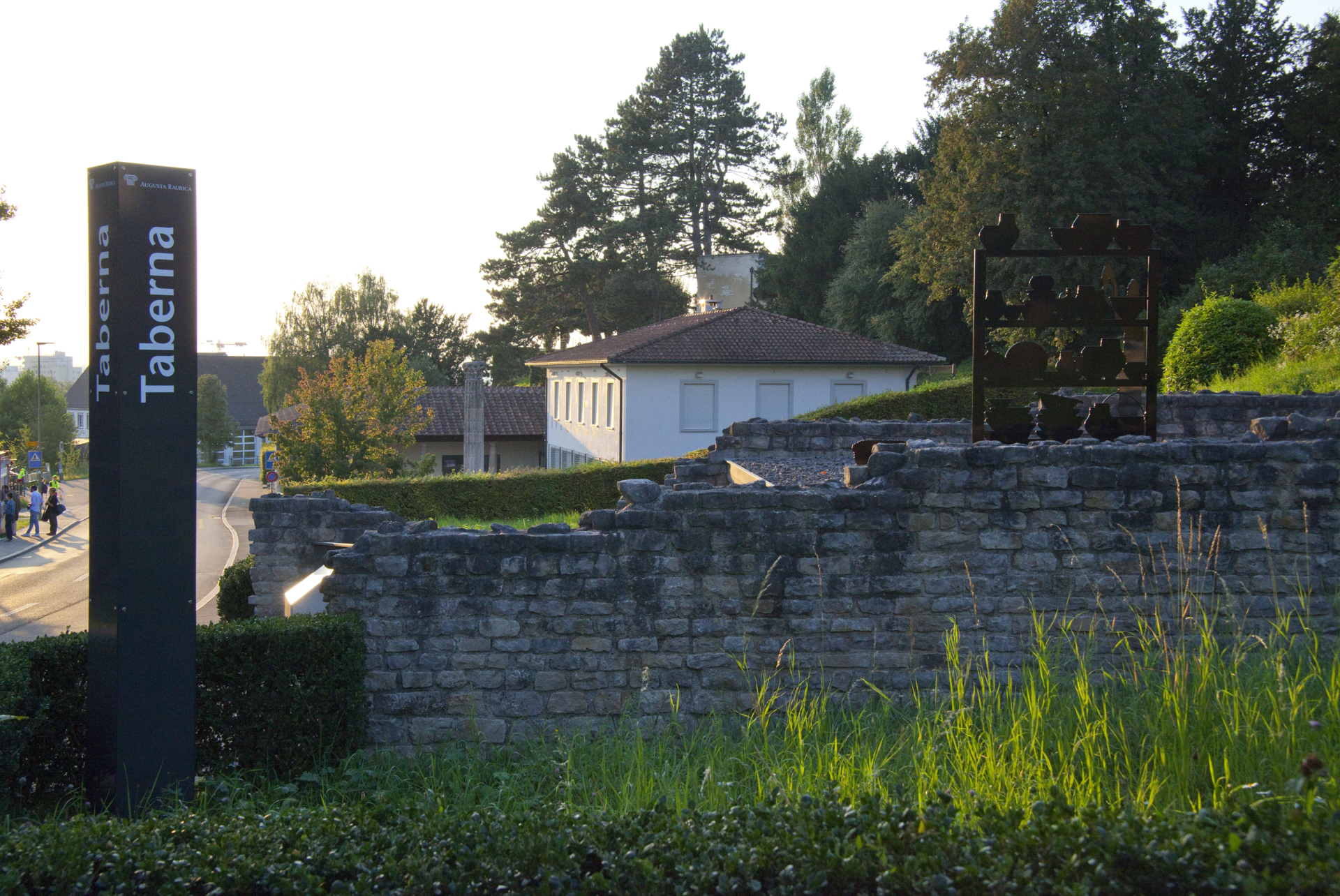 It came to light almost fully preserved during the excavation. Today it has been restored. The oven had been installed in an already existing building around AD 250.

The taberna was built at ground level and in the Roman period was accessible from the street. We may assume that its patrons were passers-by, e.g. visitors to the theatre. It originally had buildings to its left and right, which are no longer visible today.

Aside from cupboards, the upper storey of the taberna also contained weapons and tools. We believe that a repair workshop was located here, or perhaps the storage rooms of a craftsman or scrap merchant.