The Rhine baths – a place of relaxation in times of upheaval

The commanding Roman bath complex in Kaiseraugst was discovered thanks to the construction of a nursery school. Some parts of the baths are publicly accessible. When visiting the site you will stand on the bottom level of the underfloor heating system or hypocaust. 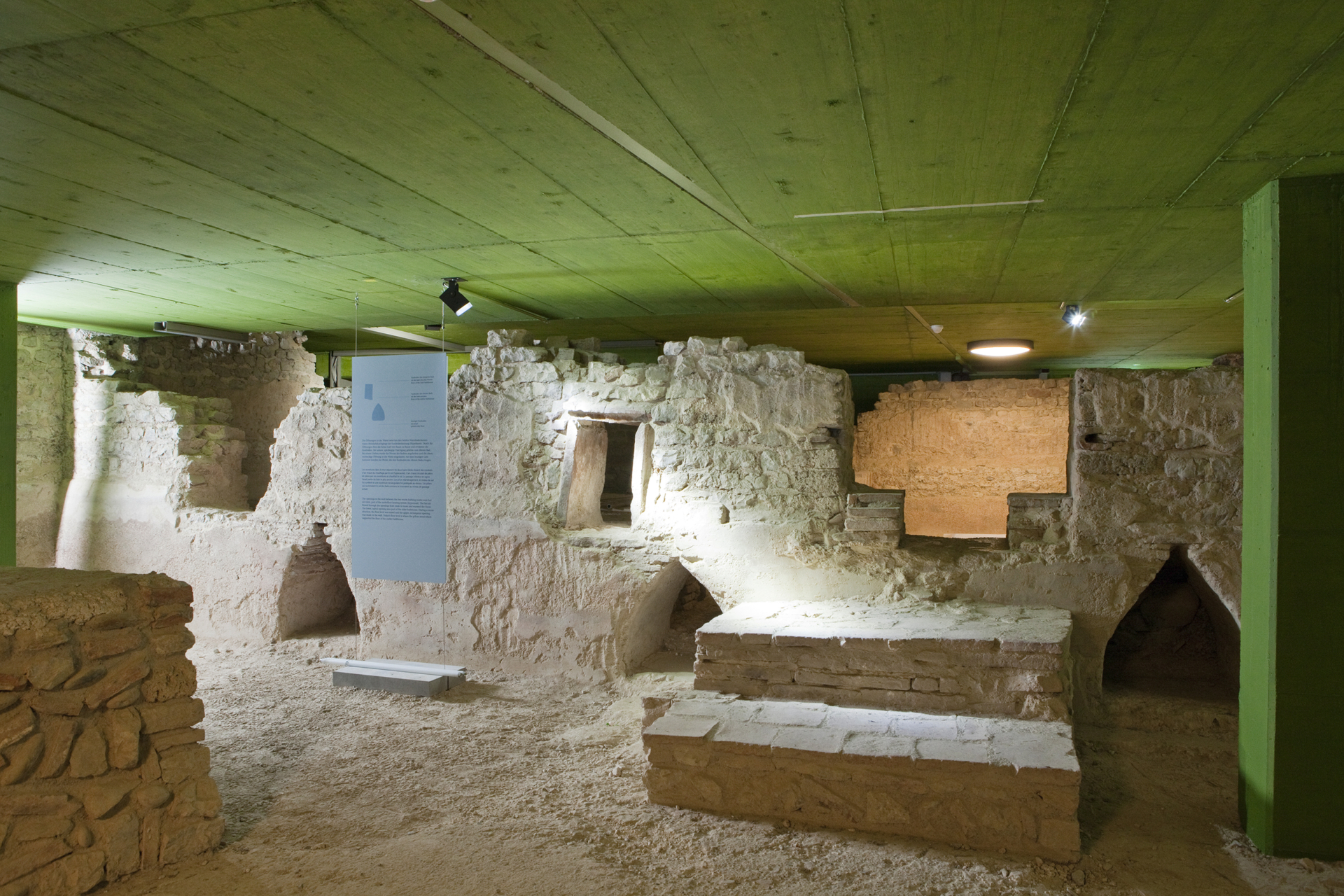 Here hot air circulated around the pillars thus heating the rooms above.

You can see the remains of a more recent refurbishment directly overlying an earlier phase of the baths. The Rhine baths were a typical Roman bath complex with bathing rooms and associated service facilities for the water and the heating system. The large cold-water basin with seating steps and a drain has survived, as have two warm baths. Here people not only bathed but also discussed the latest news, played games, applied ointments and had massages. The hot bath with an apse for the basin and the remains of colourful murals is also still visible.